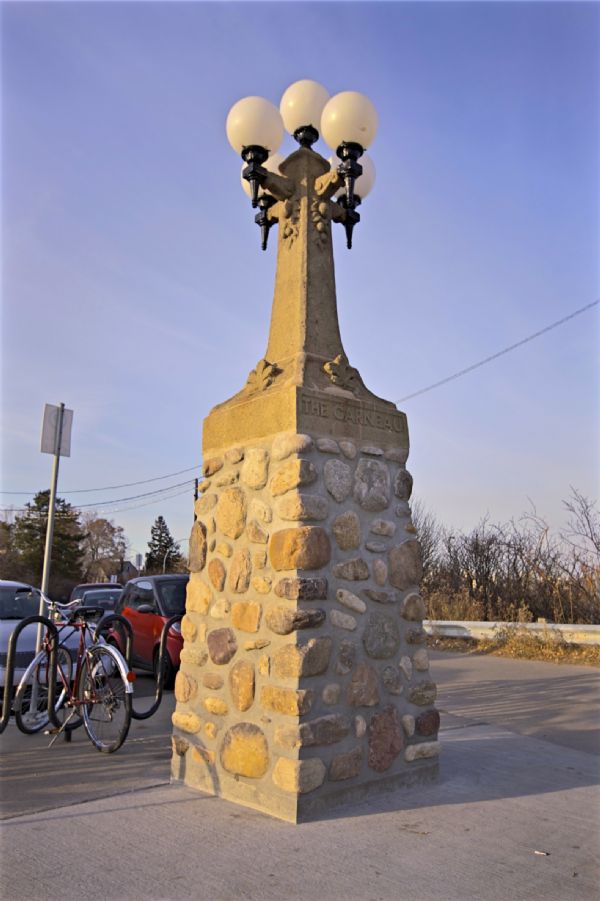 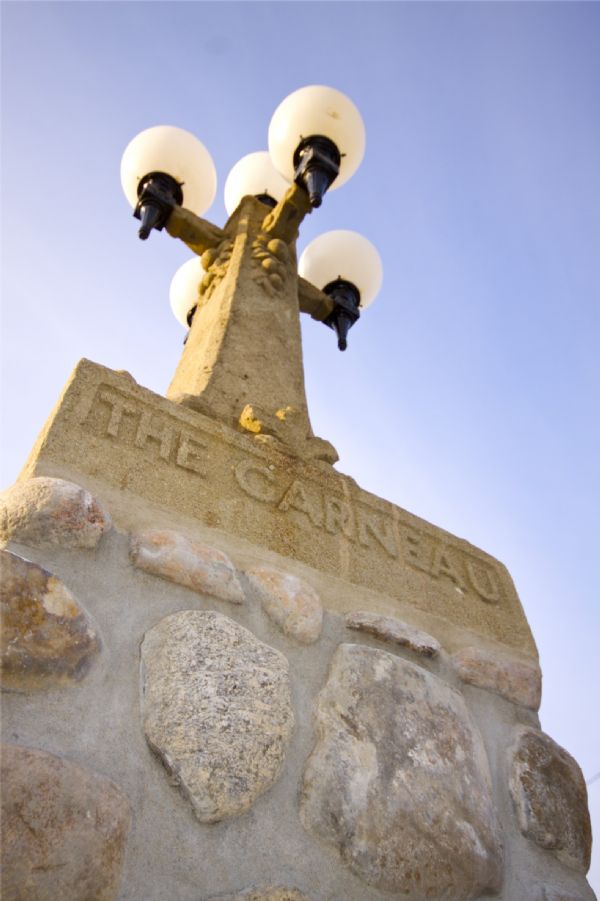 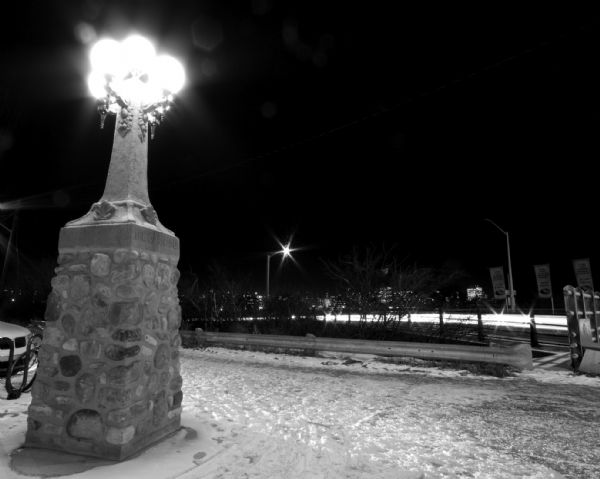 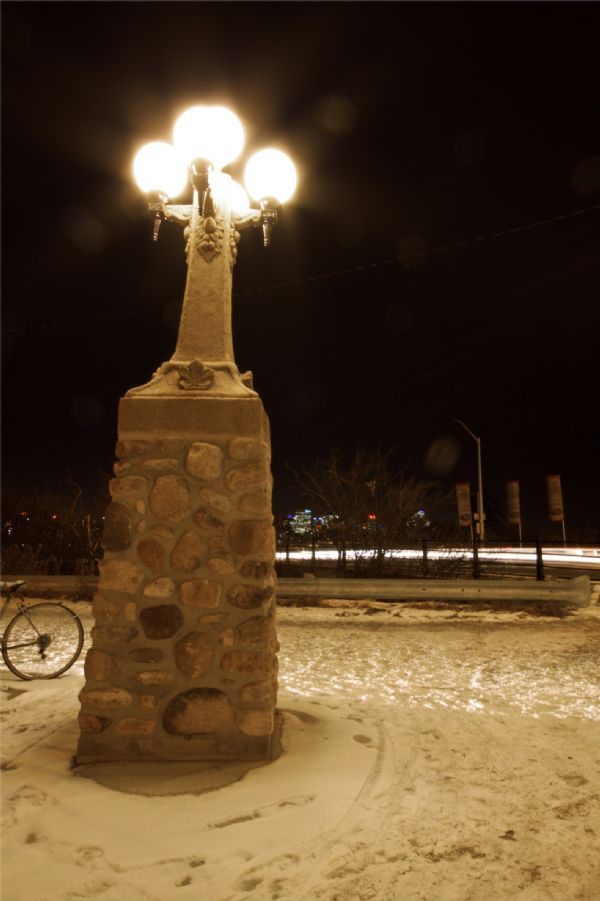 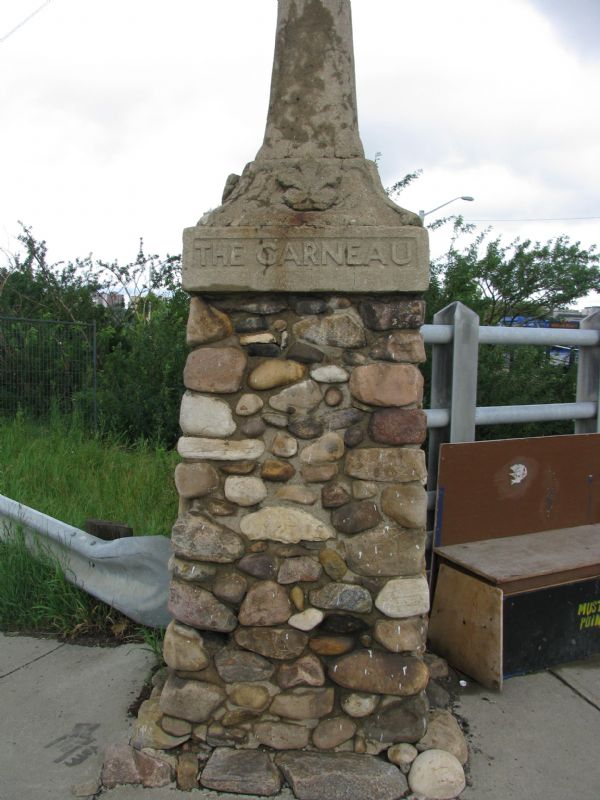 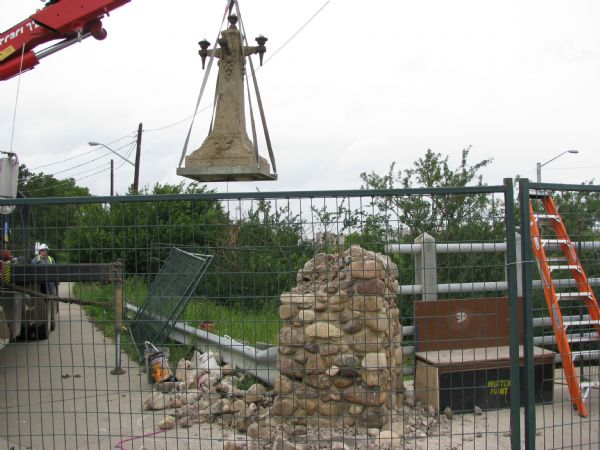 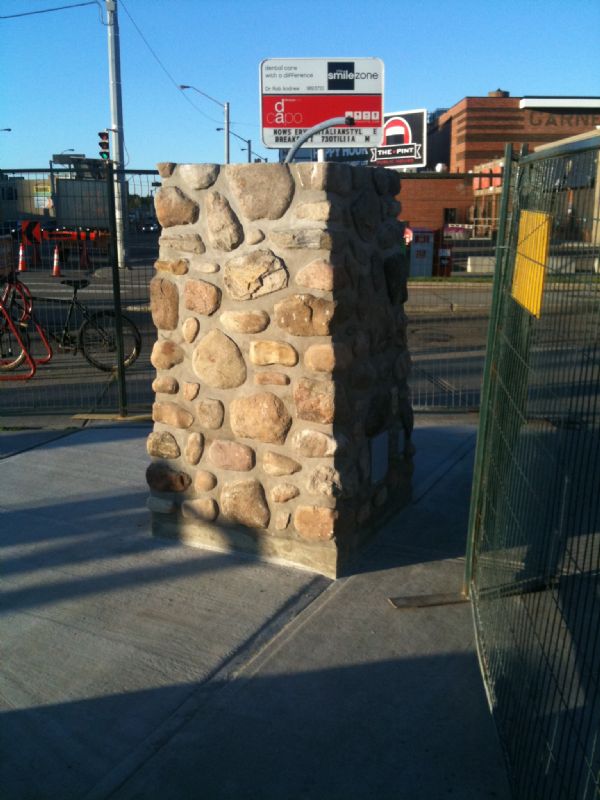 The restoration and relocation of the Garneau Lamp was an interesting and challenging restoration project that took place over the summer of 2011. The lamp was completely restored and moved approximately 12 feet west from its original location on the south side of the Highlevel Bridge, and can now be viewed from all 4 sides.

The lamp was completely disassembled, salvaging as much of the existing field stone as possible. The base was reconstructed using the salvaged stone as well as some new stone. A new concrete base was poured for backing the restored field stone base. Missing sections in the upper concrete cap were rebuilt and patched to match the colour. The wiring has been reconnected and the lamp now operates on a timer.

An article was published in the Edmonton Journal on January 15th, 2012 discussing the restoration of the lamp.

A report by Edmonton's Historian Laureate Ken Tingley for the City of Edmonton provided the following information on the history of the lamp:

The Garneau Lamp was originally commissioned by the Garneau Improvement Club in 1929, who selected prominent local sculptor Major Frank Norbury to complete the work. The construction was funded by donations from many prominent Edmontonians, including Emily Murphy and former Alberta premiers Alexander Rutherford and John E. Brownlee. In the summer of 1929 The Garneau Improvement Club donated the lamp to the City.