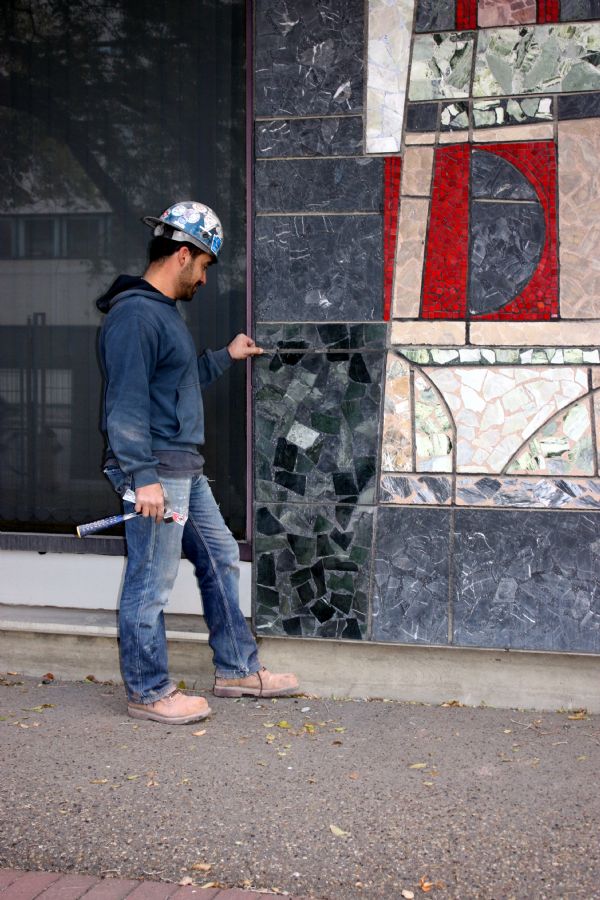 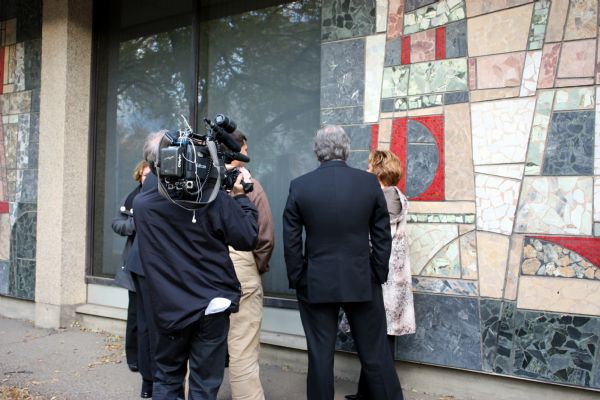 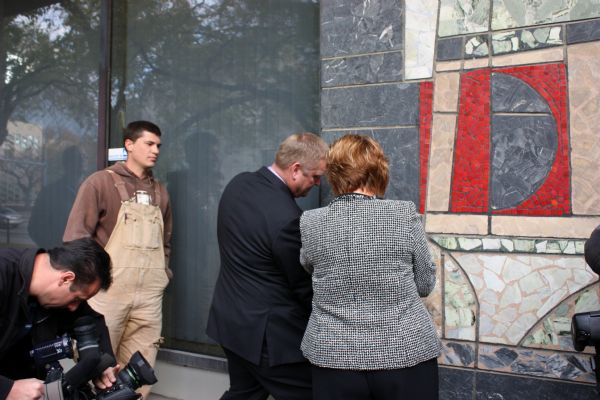 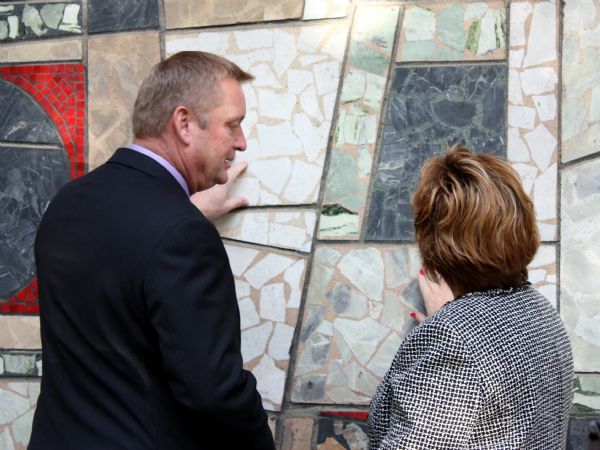 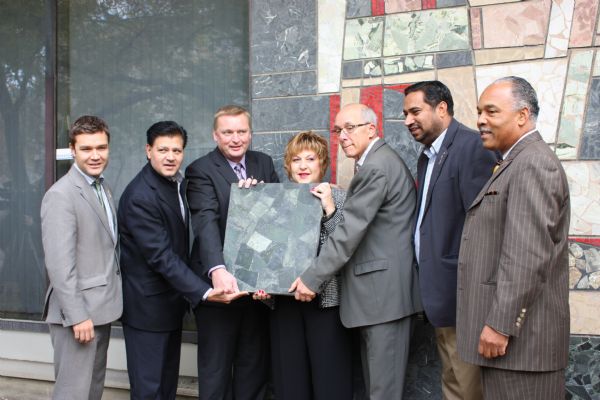 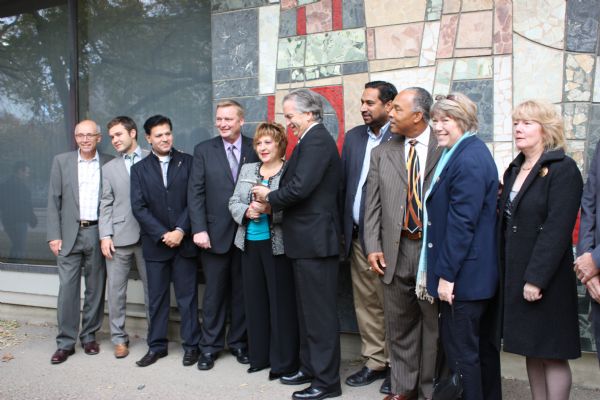 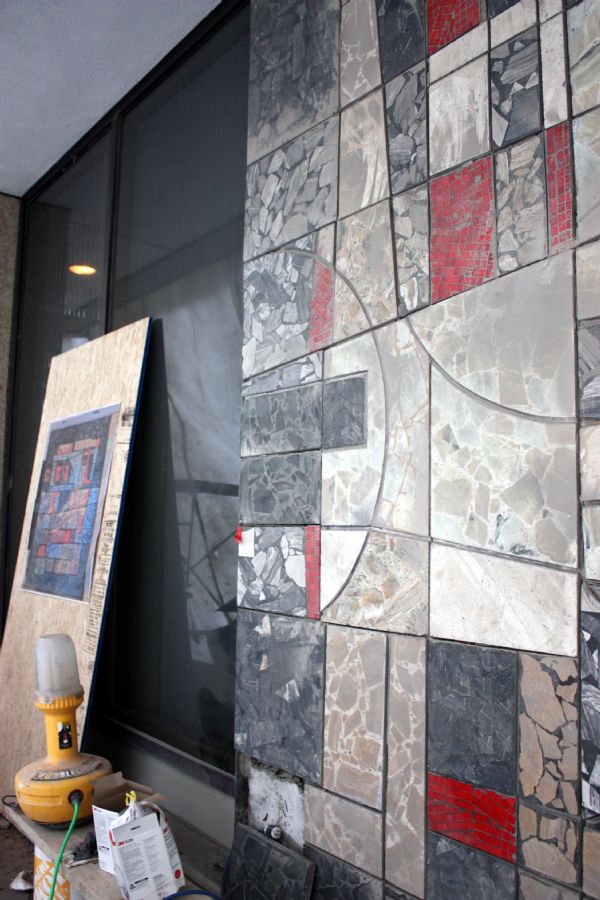 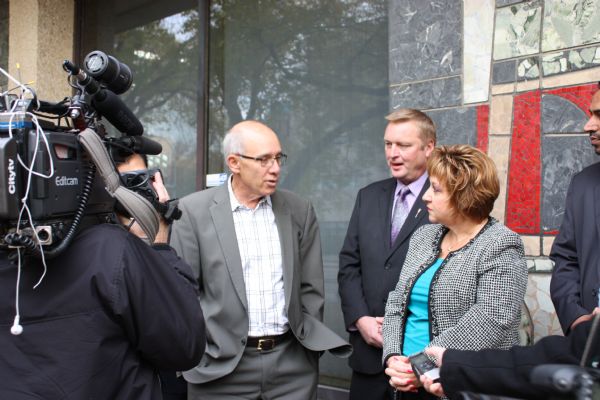 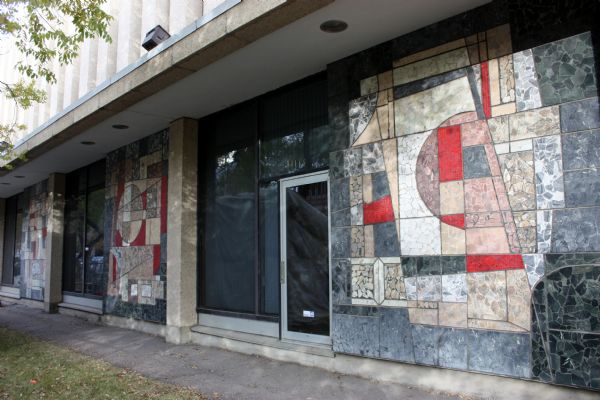 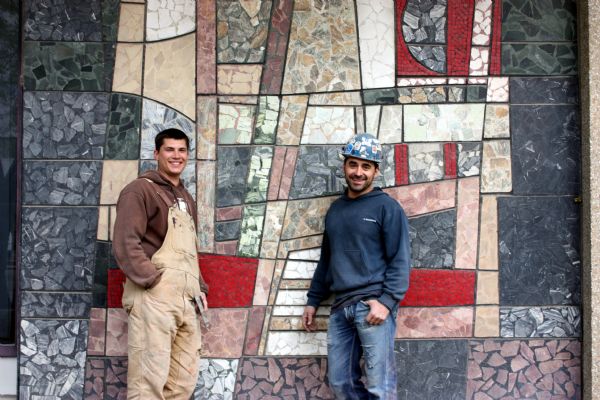 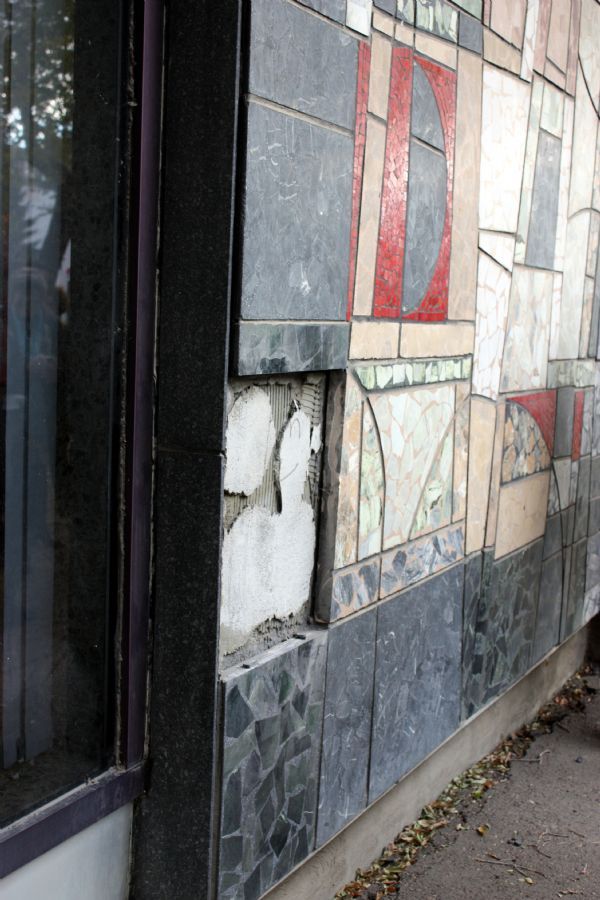 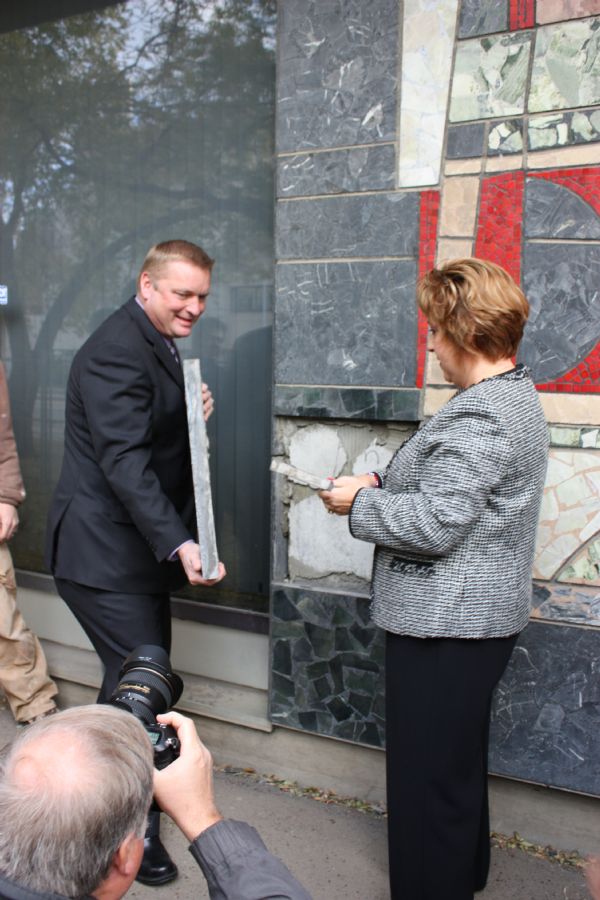 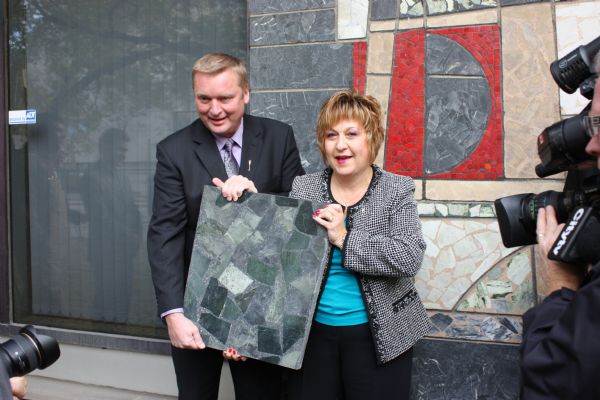 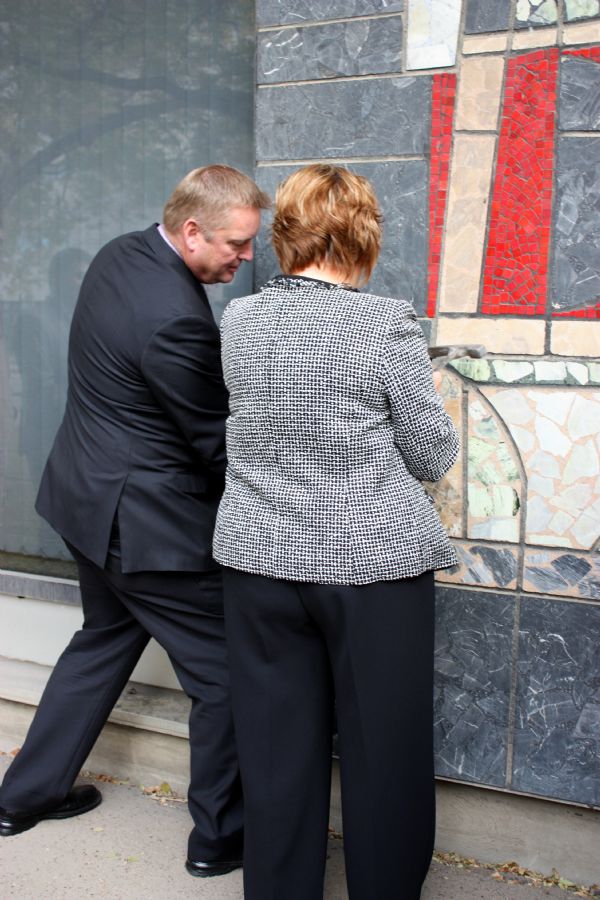 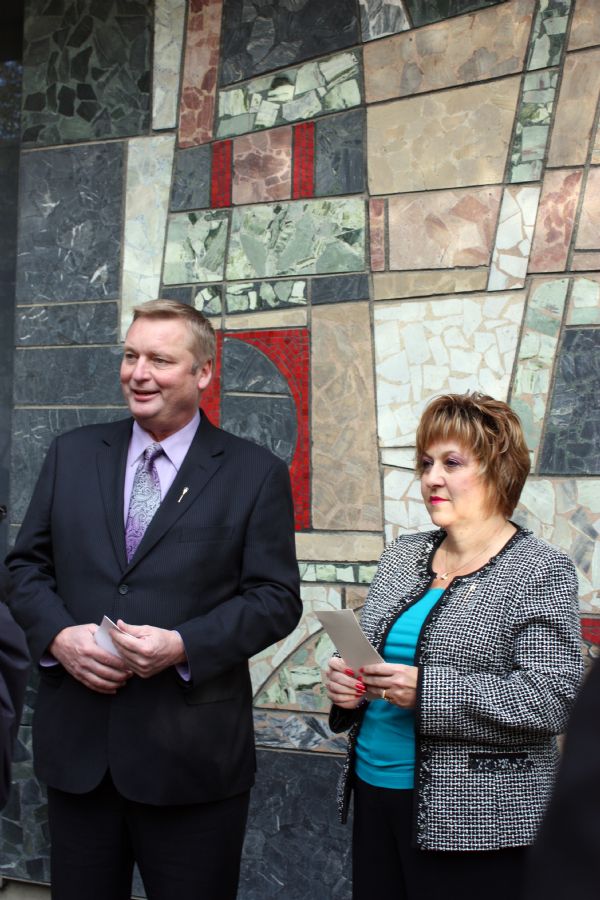 In early October Scorpio Masonry began working on the removal of nine mosaic murals from Edmonton's former main post office building, located downtown on 99 Street and 103A Avenue. The mosaics will be preserved and incorporated into the new Royal Alberta Museum as part of a pedestrian boulevard and courtyard cafe.

On Monday, October 15, 2012 the Minister of Infrastructure, Wayne Drysdale, and Culture Minister Heather Klimchuk were on site and marked the museum's progress by assisting in removing a panel from one of the murals. Edmonton Mayor Stephen Mandel and Ledcor Vice-President Bob Walker were also on site for the removal. Scorpio employees Daniel Barton and Rui Correia were on hand to offer assistance if necessary during the removal, although none was required.

The mosaic murals, created by artist Ernestine Tahedl, were commissioned by the federal government in1966 for the Edmonton post office. We're excited to be involved in the preservation and incorporation of these murals in the new Royal Alberta Museum.